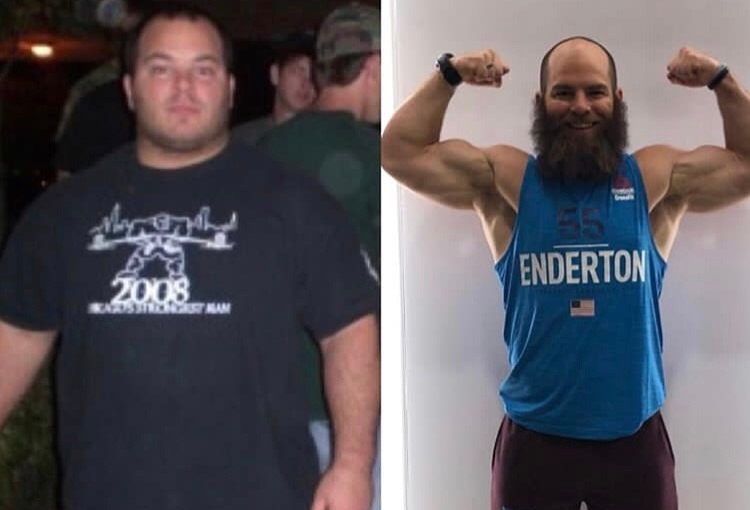 As you guys are aware, writing on a topic involves having great knowledge on the subject which comes from regular reading and updation on the topics; and one of my favourite and regular pages to do this is The Crossfit Journal and their instagram page. And today I came across their ig post on Jared Enderton, A Crossfit Games Rookie, who basically was like any of us, and now competes for the title of “Fittest On Earth”.

I shall post the article below, and attach a link too. I own no rights to the article, and have no contributions in its construction. I am merely sharing it here for everyone to read.

The night before the 2018 Reebok CrossFit Games began, Jared Enderton posted to Instagram. 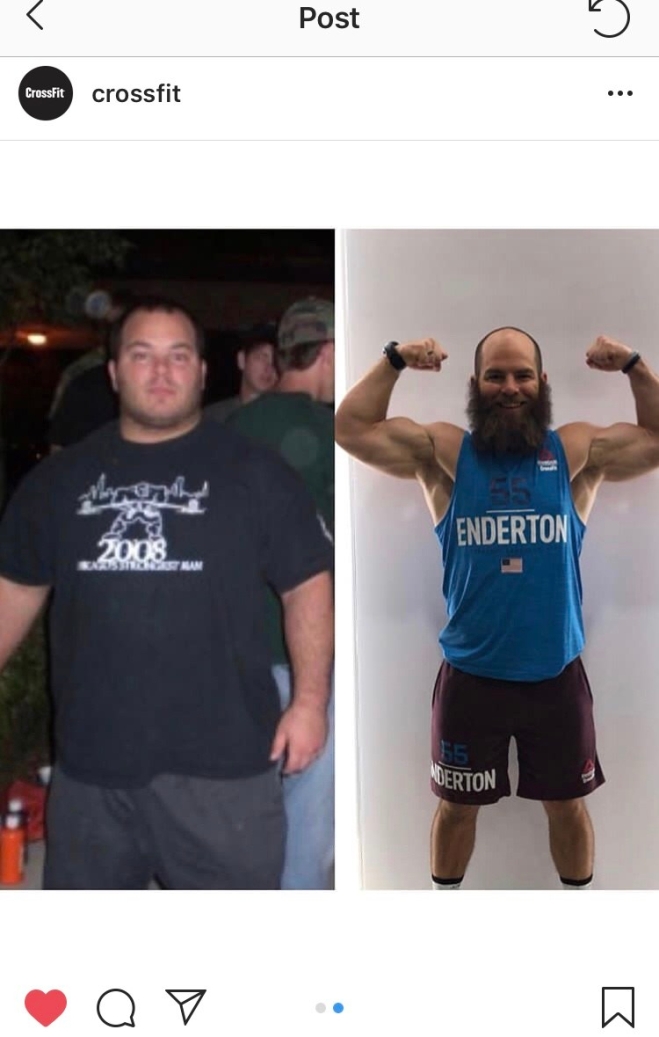 Above were side-by-side photos of the 29-year-old Games rookie. One featured a grinning, flexing Games athlete in uniform; the other, an impassive young man with a belly.

“Ten years ago I weighed 300 lb., and tomorrow I’ll be one of 40 men competing for the title of Fittest on Earth at the CrossFit Games,” he wrote.

Football, baseball, golf, track—Enderton had always been an athlete. In high school, he was an All-American wrestler and Iowa’s 2007 undefeated state wrestling champion at a body weight of 189 lb. Then he took up strongman.

“The more weight you gain, the stronger you’re gonna get,” he thought.

At first, it was all in the name of sport—a lot of protein, a lot of carbs, a lot of gains.

Cake, pasta, cookies—nothing was off-limits. It wasn’t unusual for Enderton to devour a half a gallon of ice cream—cookies and cream was his favorite—in one sitting. By the start of his freshman year of college in 2010, he’d gained more than 100 lb. and lost his sense of self.

“I’ve always viewed myself as being a little bit athletic, but once you’re that heavy, you lose some of your identity, too; you kind of lose that belief in yourself,” he said. “I didn’t feel like the same athlete, and I wasn’t happy.”

Though he could certainly lift heavy shit—he was a nationally ranked strongman competitor—he could do little else. No more track, no more pick-up football games.

“Even thinking about those things I’m out of breath,” he said of his 300-lb. self.

He had trouble finding clothes that fit and lacked confidence speaking to women. Every glance at the mirror poked holes in his self-esteem, and the anxiety was a wake-up call.

“I’m like, ‘Whoa. … You need to do something to feel better about yourself.”

So, he cut the ice cream and ditched strongman for weightlifting. By 2014, he was a nationally ranked weightlifter competing at a body weight of around 185 lb.

In 2015, Enderton started CrossFit and further cleaned up his diet, adding more vegetables and tracking volume and macronutrients. He went on to take 22nd and 12th at the 2016 and 2017 South Regionals before qualifying for the Games this year with a fifth-place Regional finish.

The rewards of a healthy lifestyle aren’t limited to the leaderboard. 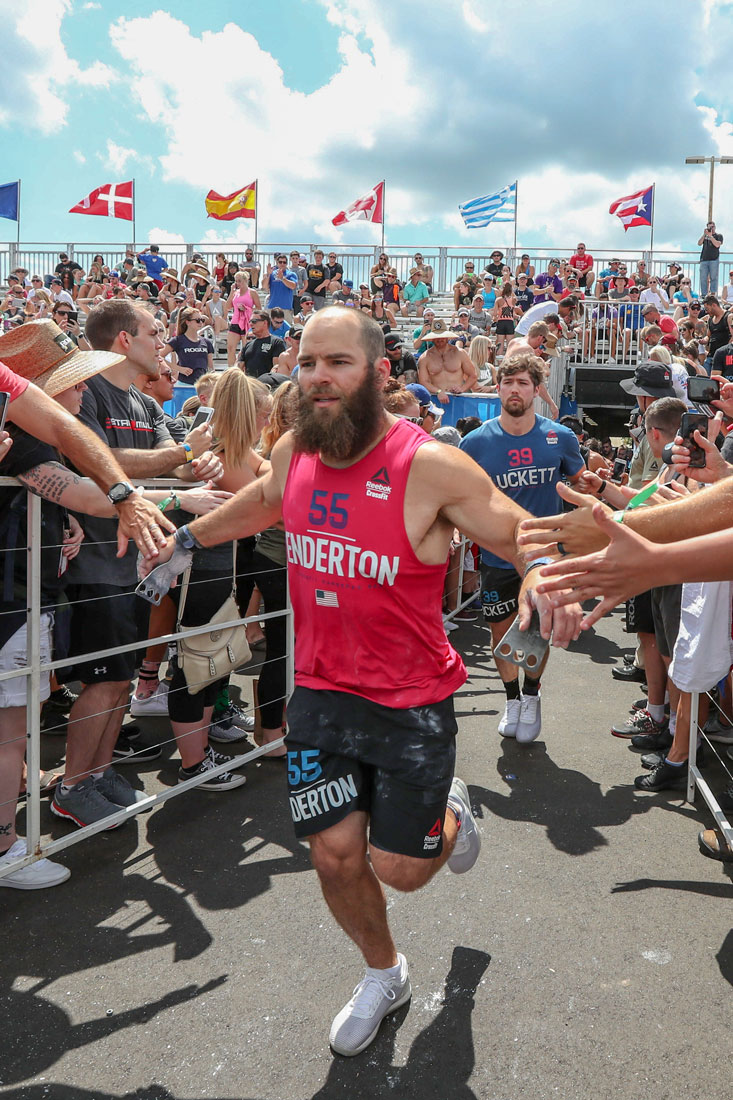 “When I eat a healthy meal and it’s got protein and some carbs and a little bit of fat, I feel good, and a lot of times, after I’d eat all those binge meals I would feel horrible; I’d feel bad about myself.”

On Wednesday, Enderton—who currently weighs 195 lb. at 5 foot 6—made his CrossFit Games debut with an 22nd-place finish in Crit, 10 laps of a 1,200-m cycling course. Not long after, he opened 30 Muscle-ups with an unbroken set of 13 reps before racking up 1,230 lb. in CrossFit Total for a tie for fifth in that event.

That doesn’t mean the struggle is over.

“I still have some body-image issues,” he said. “It’s not like I made the Games and everything’s gone. … And I’m OK with that. It’s never a finished journey.”

Still, it’s a hell of a lot easier to pick out clothes now, he said.

“They mixed up my shorts with somebody else’s at the check-in,” Enderton said, noting that instead of the medium and large shorts he requested, he was given smalls.

“And the pair of shorts that are smalls actually fit great,” he said, grinning. “Who would’ve thought? From triple X to small—it’s kind of crazy.”

I hope you find the article as motivating as I do, for I was this guy, and aim at having a journey similar to him. Do tell me how you feel about the article in the comments below.